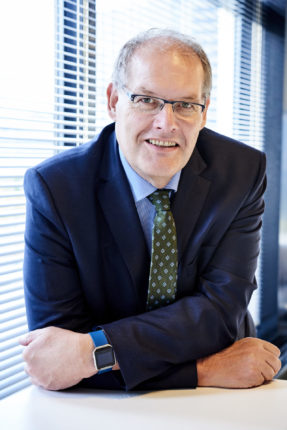 “The issue here was that another AGM was coming up. The secretariat in question is an organisation of around 500 offices that also have a branch of a franchise organisation in the financial sector. Because of Corona, this meeting could not take place physically,” explained Jurjen from Bureau DFO. This presented him with a substantial challenge! While various online options are known for being used in online General Members’ meetings, Jurjen chose to invest in the Savvy Congress Meet & Connect.

“There are a number of exciting things in play within the association, where a group of members have a different vision from that of the board. Emotions can run high, so we found it imperative to work together with an organisation that would ensure the online meeting would run correctly. We couldn’t afford any errors.”

The digital AGM meeting had to run smoothly, in a technical sense, and the members had to have complete confidence in the system. Members were assured beforehand of the professionalism and security that the Savvy two-factor authentication provides. Additionally, they could see the use of professional equipment in photos and that Savvy’s technical team had everything under control. Members were satisfied that they themselves had a say and could refer their questions to the board in real time. “Fortunately, the idea of ‘a quick zoom meeting’ was taken off the table. This created confidence in the organisation and peace of mind throughout”, said Jurjen.


Sheila Boon, part of the secretariat, set straight to work on the preparations. “We sent out invitations to the members. They could then let us know if they would be present and with how many offices. Some members received multiple votes. That was quite a puzzle! Luckily, last minute changes could still be addressed,” said Sheila. A lot of different parts were involved, but that has almost always been the case for AGM meetings.

The Savvy platform is set up in such a way that anyone can use it. That was a real plus point for both the members and the board of the secretariat concerned. “The board was extremely nervous”, Jurjen disclosed. “We’re talking about a group of people not used to meeting this way. Afterwards, however, they were quite satisfied. It had gone better than expected and the members were very positive about it”.

EFFECTIVE AND BETTER FOR THE ENVIRONMENT

As it turns out, both Jurjen and a large number of the members prefer this way of meeting. It’s easy to manage, better for the environment, saves everyone a lot of travel time and is highly effective. Some members did miss being physically present. Still, the Savvy Hybrid meetings proved to be a good solution. “Members who live in the area were welcome to join physically and those throughout the rest of the Netherlands could participate in the AGM meeting digitally. A flexible format that fit our needs extremely well in these times”.

TRANSPARENT, SAFE AND CONTROLLABLE: “IT’S AN INVESTMENT IN TRUST”

Jurjen most definitely recommends this kind of online meeting to the financial sector. “Due to the way in which the meeting ran, there was no stress, no tension and we did not have any unjustified objections. The weighting of the process was so thorough, we also prevented criticism. Wherever parties had tensions or conflicting interests, we could rely on a tidy process and ensured extra security”. The Savvy Voting process is transparent and verifiable. The voting committee or the notary can check the results of the vote, which creates a great deal of confidence.

Jurjen, a lawyer himself, considered the safety of Savvy to be paramount. It gave him a sense of professionalism. He informed us that this is an important point that distinguishes Savvy from a Teams or Zoom meeting. “You talk to each other in confidence. Certainly in the financial sector. There should be no discussion about communication. It really matters what platform you use and this cannot be organised as quickly as many organisations think. Thanks to the reliability of the medium, you build a whole lot of trust. That comes with a price, but it’s an investment in trust.”

Interested in discovering more about the possibilities of Savvy Meet & Connect? Read further here or sign up to participate in our free Thursday Demo Day.

How can we help you?